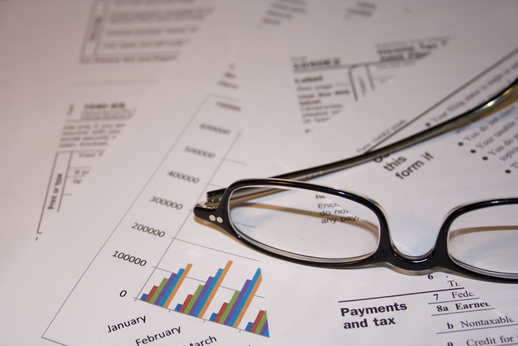 When people earn wages they have to pay taxes on them to the government. To calculate how much they should pay, the wages are divided into tax brackets that the government announces, but in each bracket a certain percentage of the wages that fall into that bracket have to be paid.

Let us take an example with three tax brackets:

The president has been looking into how the tax brackets for $3021$ should look. He has an idea with $m$ tax brackets and they are described as above except we denote the thresholds with $b_ i$ instead of $a_ i$ and the tax percentages are denoted by $q_ i$ instead of $p_ i$. If these tax brackets were to be put into use next year, the president has asked you to find all wages he could pay his employees that would have them pay the same taxes in $3020$ and $3021$. Wages can be any real number, as long as they are not negative, but the tax brackets are always positive integers.

The output is considered correct if each value has an absolute or relative error of at most $10^{-4}$. This means it doesn’t matter how many significant digits the answer contains as long as it’s accurate enough.